Start by dragging the Chart component from the Components panel to the empty canvas.

The chart will load with an example dataset. 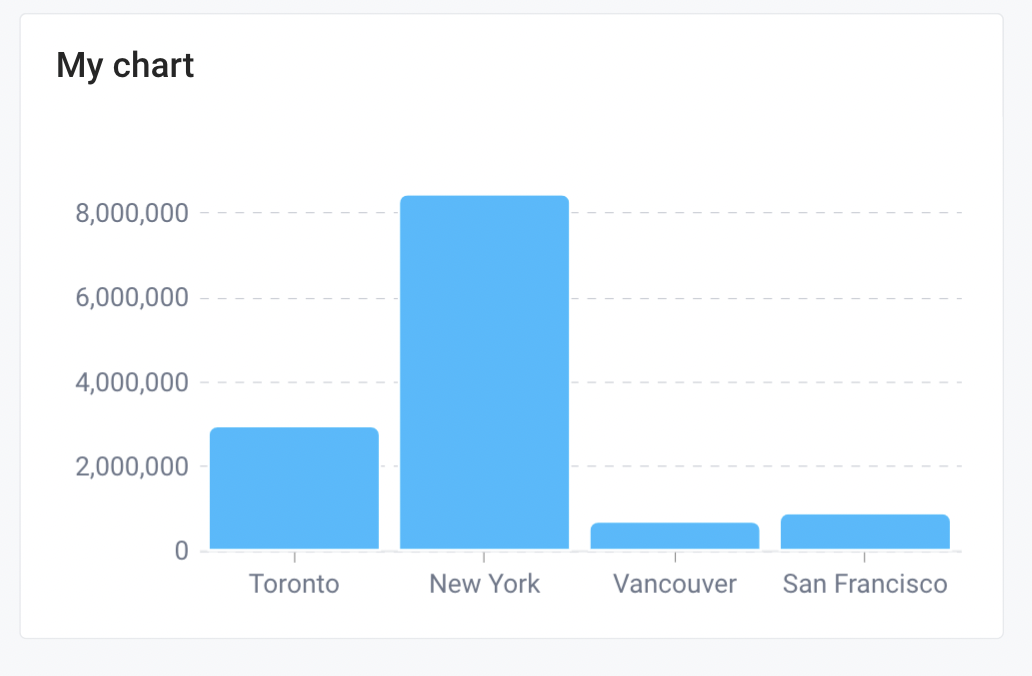 To populate the chart from a database, we can use the Superblocks API builder. 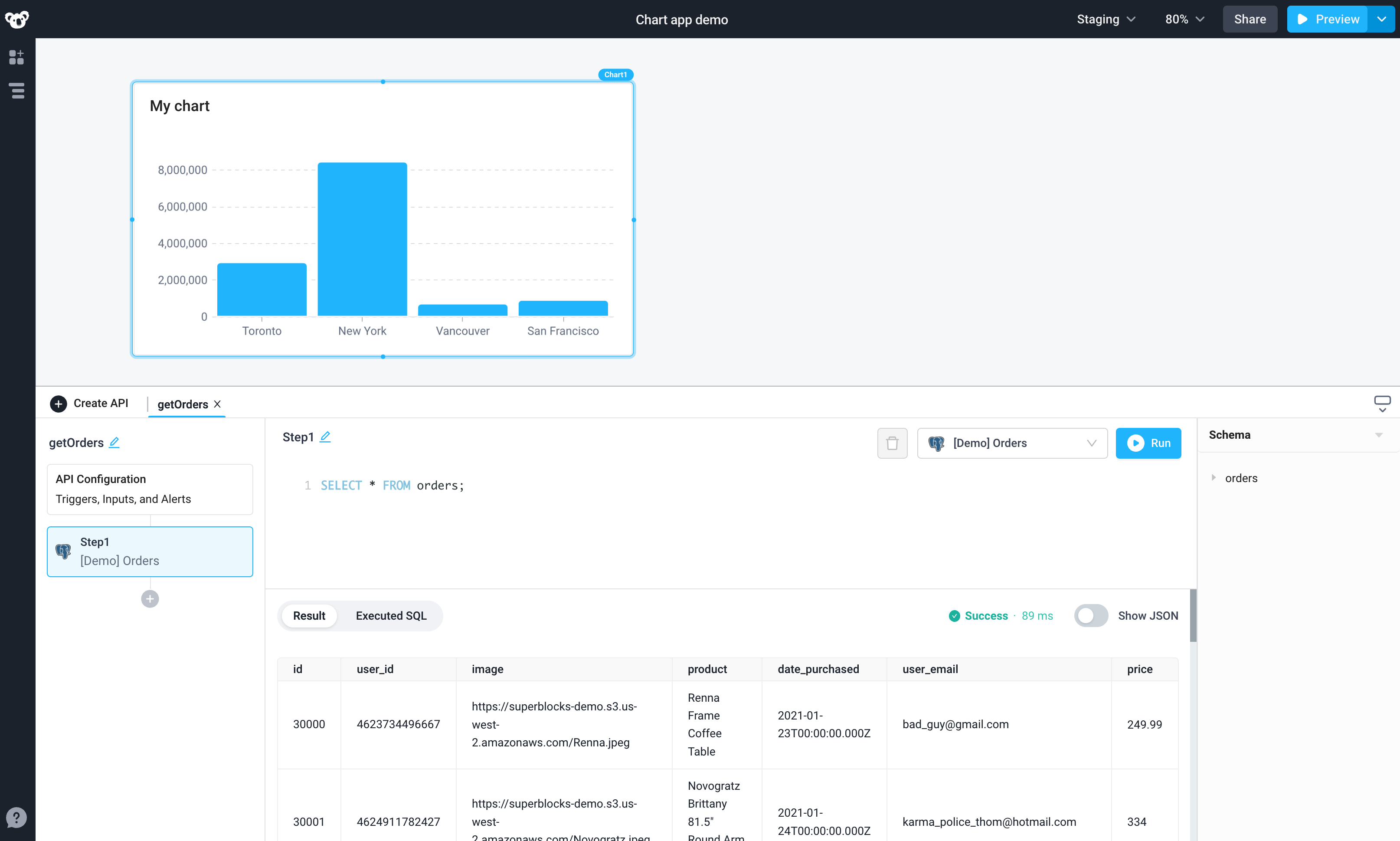 In the application User Interface, click on the chart to open the Properties panel. To connect the results from getOrders API to the chart, replace the example JSON with {{getOrders.response}} in the Chart Data field. The Chart Type will default to Column Chart.

Let’s say we want to graph all orders from the orders table.

By default, the X-axis is set to date_purchased, and the id series needs to be removed from the Y-axis. Open the Properties panel, navigate to the Y Axis section and click on the '-' sign next to id to remove it. Now we have a chart showing our orders placed by date.

Now let's update the chart to show monthly revenue trends. We need to sum the prices of all the orders placed in a month, effectively reducing the series to a single datapoint per month representing the total monthly revenue.

In the above chart, we can see that while our monthly revenue has steadily increased year over year, there are two significant revenue spikes in the months of June and November. The sudden increase in November is likely due to Black Friday sales, but we need to confirm. Let's see how these revenue spikes correlate to the number of orders made from our website. We can confirm whether the June and November spikes were due to a sudden influx of orders.

Let's update our chart to show the count of orders by month.

Now we can see that the number of orders also spiked in June and November, confirming our assumption that the jump in revenue was tied to an increase in orders.

While we can tie the increased orders in November to our Black Friday sales, we're still not sure what caused the spike in June. To investigate, let's create a new chart that groups our sales by another attribute, like user, to see if we can find a correlation.

Now that we are grouping sales by user, we can see that a significant portion of June's sales were from a single user. Let's investigate this further by viewing all purchases tied to a user when we click on that user in the chart.

First, we'll need to create a new API to query for orders tied to a specific user.

Now that we have an API to query for a user's purchases, let's add a Table component to display those results.

Now when you click on a specific user in the chart, their orders will be displayed in the table below.

Using Plotly, we can any create any type of visualization inside Superblocks with our data. For example, let's take an example chart from Plotly, such as this sunburst plot that shows life expectancy across the world, and render it in Superblocks.

Drag another chart from the Components table into the canvas and title it 'Life Expectancy'. In the Properties Panel, select Plotly Chart under Chart Definition. 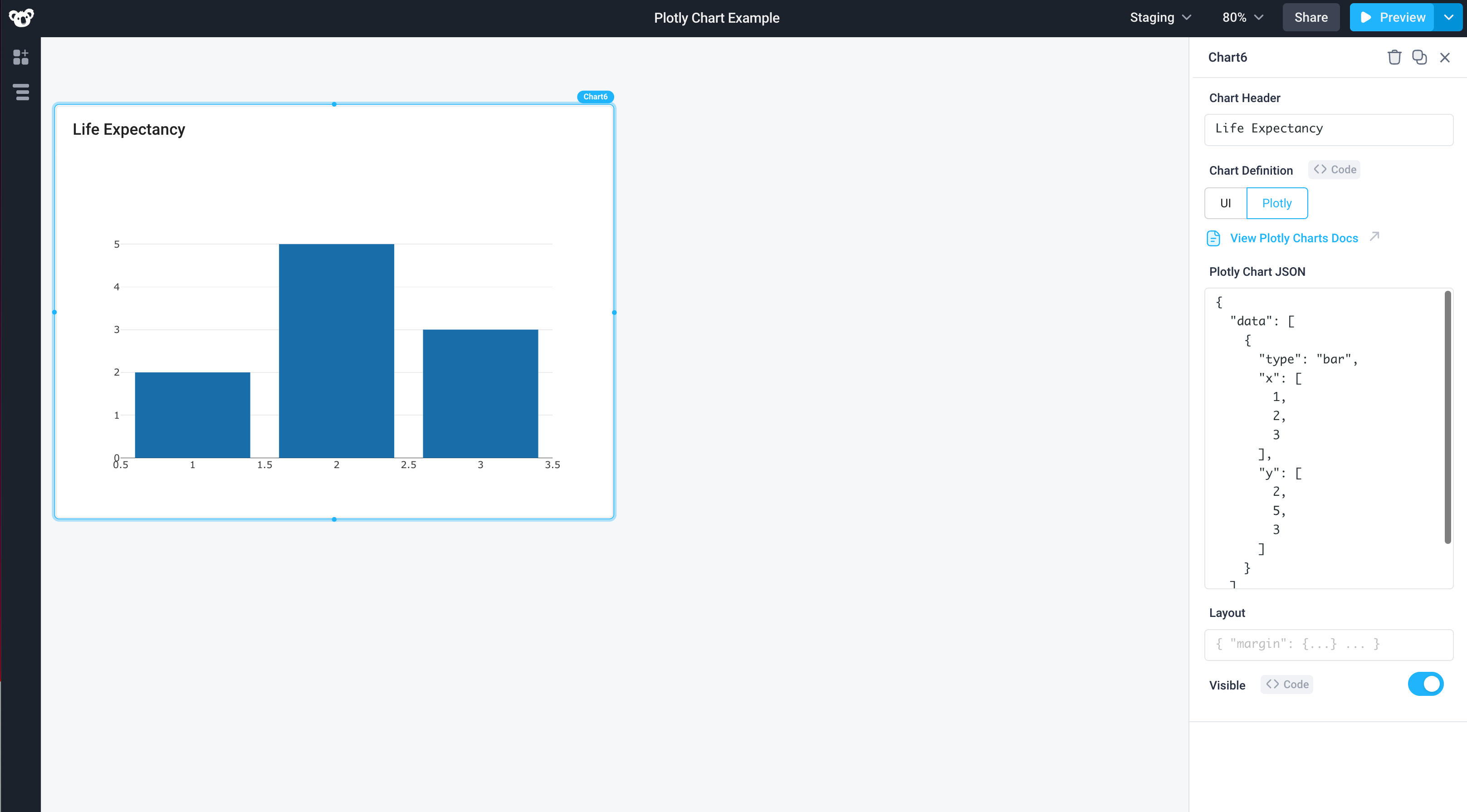 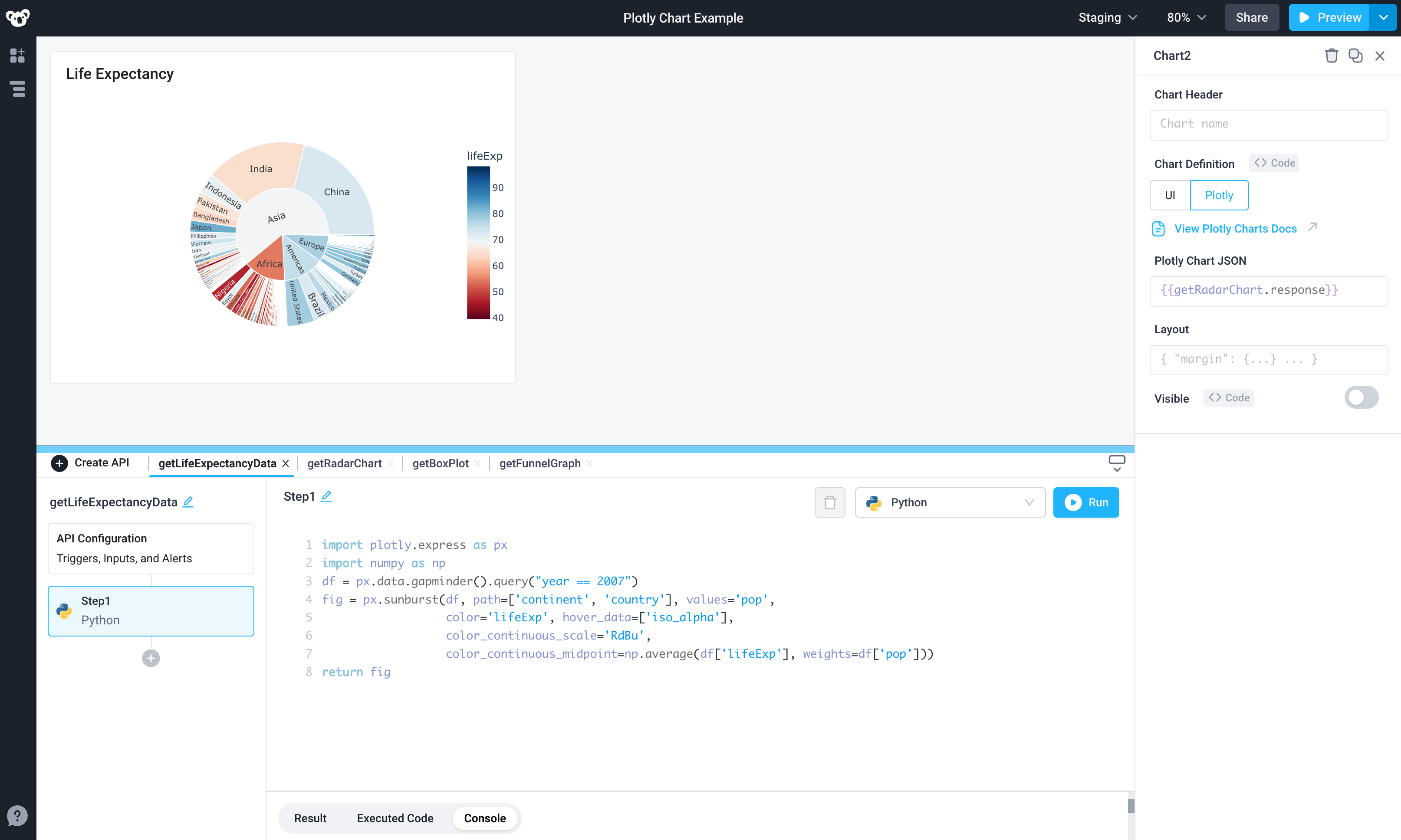 As long as a fig object is returned, Plotly charts are flexible enough to create a wide variety of complex visualizations, such as radar charts, box plots, and funnel charts. 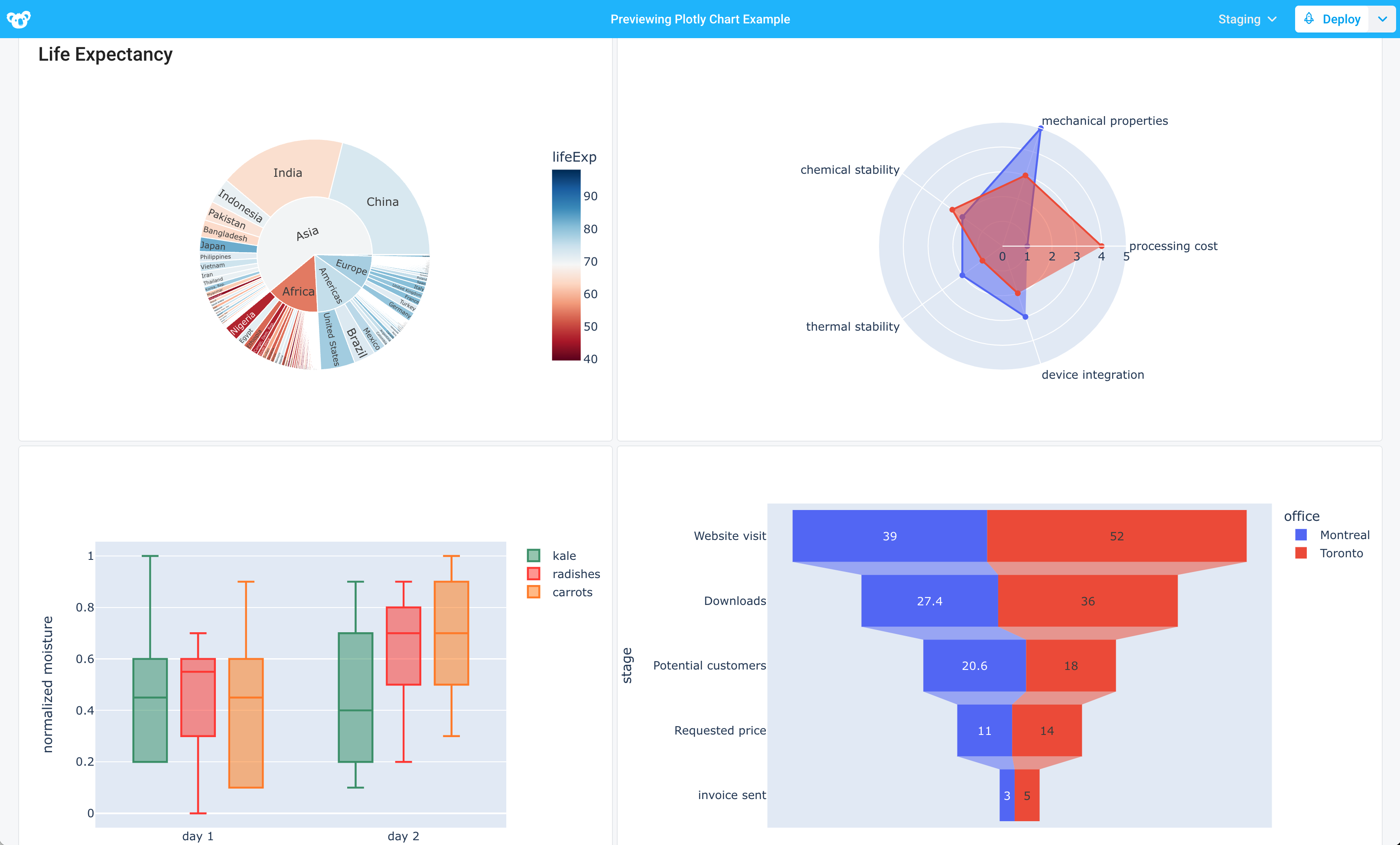 For more on using Python in Superblocks, check out the docs here.

Properties can be accessed from other frontend components and backend APIs by adding the name of the Chart, and dot referencing the property. For a Chart named Chart1:

The following events are triggered by user interactions with Chart components. Use event handlers to trigger actions in response to user events.